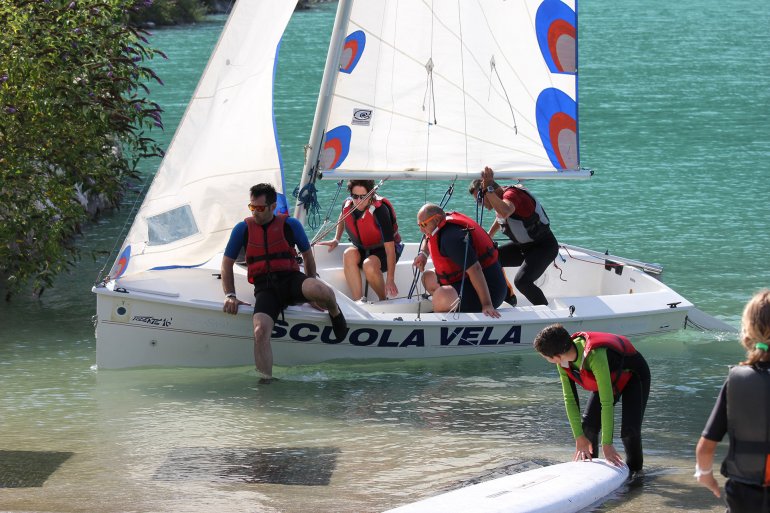 The Italian Naval League is a moral public body under the patronage of the President of the Italian Republic, non-profit, which pursues the goal of spreading the spirit of seafaring and all aspects relating to the sea and inland waters.

The Section of Belluno, founded in 1957 is affiliated to the Italian Sailing Federation - Federazione Italiana Vela (FIV) as a Sailing Section through the Italian Naval League-Lega Navale Italiana (LNI) - National Presidency since 1981. In 1992 it was recognized and officially affiliated to FIV as a Sailing Group (society 569/XII Zone). Today it is an integrated reality in the territory and its true soul are its members.

The Belluno section of the Italian Naval League- Lega Navale Italiana has a long tradition. Founded in 1957 thanks to the commitment of some enthusiasts and former sailors, who as pioneers sailed the waters of Alpago, inaugurated its nautical base at the lake of Santa Croce, in Poiatte, in August 1972.
The choice was not accidental, since the place was immediately ideal for its natural characteristics, with the afternoon wind that rises with regularity and intensity. Since the beginning, the members worked hard to build a prefabricated building for the shed, locker room and office, in order to make the new base a center of attraction for the sailors of the nearby areas. The initial activity was mostly aimed at a leisure-oriented aspect with sailing around the lake followed by convivial moments. Click to see video on our Youtube Channel.

Only at the dawn of the seventies were dated the first social regattas that began to aggregate an increasing number of members, during this period we remember with satisfaction the enterprise of two members, husband and wife, who with a boat of 11 m entirely made by them, undertook a fascinating tour around the world. During this period they began the first introductory sailing courses on a wooden "Caravel".

In 1992 the section was enrolled by the FIV as an Amateur Sailing Group and this recognition did nothing but increase its prestige and clear the way for the typicality of the lake of Santa Croce as a sailing gym, so much so that since 1985 the clubs of Monfalcone and Trieste chose it as a training ground for summer technical meetings, during which students and coaches who have distinguished themselves at international level took turns. During the nineties the structures were enlarged and adapted, notwithstanding the numerous bureaucratic problems; in the meantime a new, wider and easier slide was built.

The decade between 2000 and 2010 was marked by a fervent activity that saw the establishment of the first youth sailing school in collaboration with the Circolo Vela Conegliano, which led to the formation of the first Optimist group. The assistance dinghies were purchased, new boats for the sailing school, and a van with a trolley for the boats. The organization of the first large-scale events also began, culminating with the 41st Italian "Flying Junior" championship and the international Optimist regatta "T-system cup". Summer sailing courses were regularly organized and a regular collaboration with schools began. In 2005, when a large area in Santa Croce became available, the gradual transfer of activities to this new location began, also because the base in Poiatte was starting to be narrow; in 2008 a national Optimist technical meeting took place and in the same year this section was awarded the Coni prize for its activities and contribution to the development of Belluno sport; in the same years the project for a sailing center in Santa Croce began to take shape.

In the last five years, the sailing school for young people and adults has been enlarged; the affiliation to the Italian Rowing Federation has been achieved with the purchase of a 4-seater with helmsman. Similarly, a windsurfing school was created in the old base of Poiatte with the acquisition of the necessary equipment. Many events were also organized. Among others: zonal selections of the various classes, technical meetings of the 12th and 13th FIV zone; 2014 culminated with the European Championship "Flying Junior".

Finally, in the summer of 2015 the works for the construction of the new sailing center have been completed, with the realization of the first lot, consisting of two buildings: secretariat and meeting room, locker rooms and services with the arrangement of the entire area in front. The slide was also completely redone, 6 m wide with a slope of less than 10%, which makes access to the lake very easy even with a low water level.

With these structures, the Belluno Section of the Italian Naval League is now in a position to better promote the sport of sailing on Lake Santa Croce, being able to host high-level events. 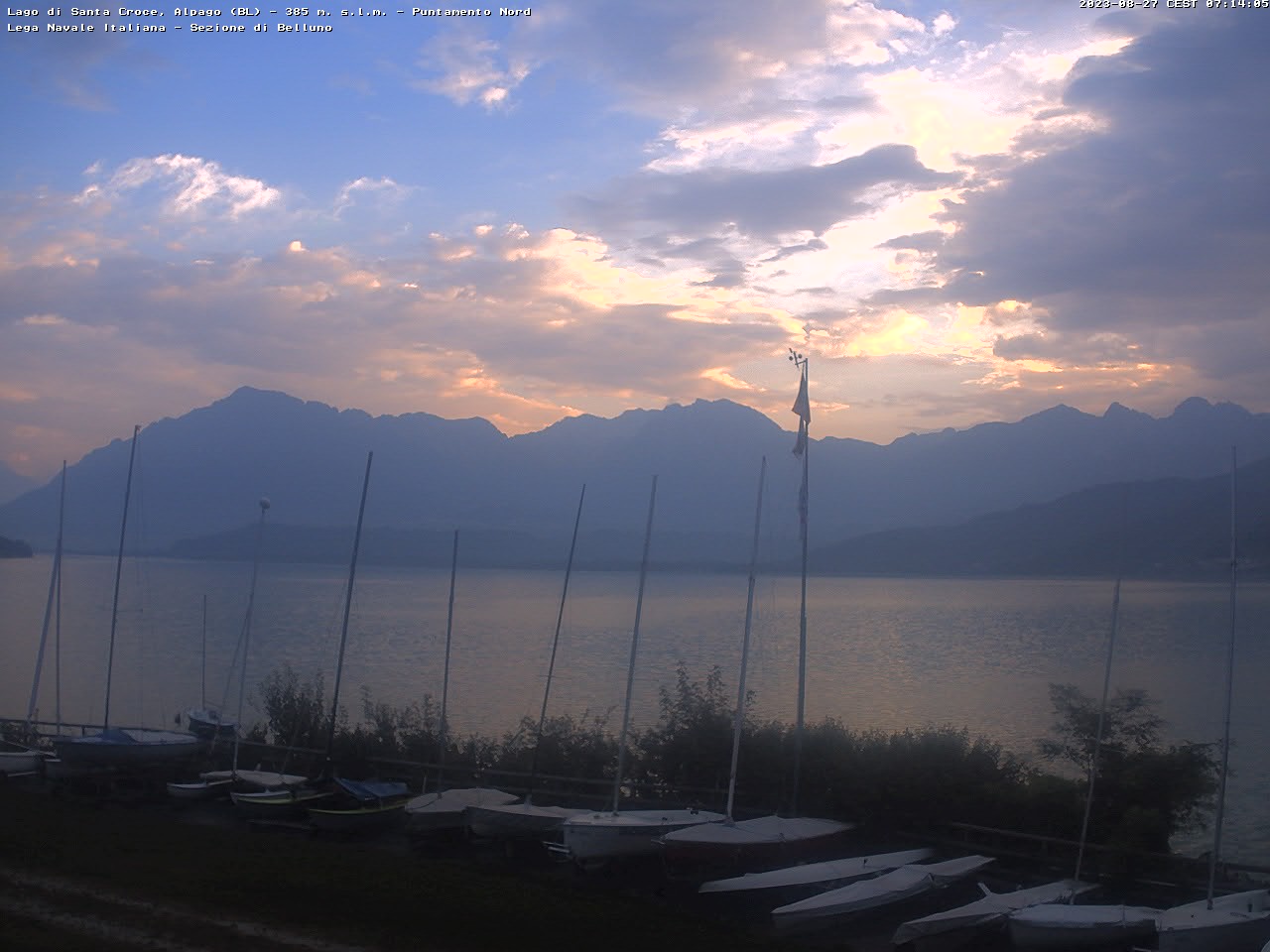 The Sailing School is directed by qualified instructors of the Lega Navale Italiana and of the Federazione Italiana Vela.

Kitesurfing courses are conducted by a qualified FIV instructor.

A new, easy way to surf while having fun, in all conditions, from light to strong winds, from the lake to the waves....

The boat Coastal Rowing C4X+ provided by the FIC - Federazione Italiana Canottaggio is available to promote the sport of rowing in our lake.